At last I’ve taken some time to update my website.

Like a lot of us, lockdown has given me some time. Time to update my website, practice, learn how to record, up skill and learn how to teach on Zoom. The ‘other’ part of my life has been spent exercising, cooking and trying to draw or paint. It has been a challenge to stay positive with the lack of gigs, but on the whole I have.

I don’t miss the tube and carrying too much gear (saxophones/suitcases full of stands and music) for miles. In fact I am sure that my posture has already improved. I don’t miss the journey home after the gig- I’ve never been a fan of that. I whole heartedly miss playing music live with other people to an audience. For me and many other musicians, a lack of gigs also means a lack of social life. That sense of comfort, stability and familiarity that comes from being part of a community, in my case my musical community. I love it. I love those people. I knew I did, but it takes a pandemic to really hammer it home.

When I was asked to do my first live stream I wasn’t sure if I wanted to do it. How could I create something for everyone’s enjoyment if I wasn’t with the band and just in my lounge? I felt very self conscious. However with a bit of thought and research I realised that I had nothing to lose. It wasn’t perfect, but, I found that by asking various band members who are close friends to record music for me to play with it felt personal. Of course, it’s not the same- musically they can’t react to what I’m playing, but I can respond to what they’re doing if I’ve listened to the track before the ‘gig’.

The day of the first live stream was frantic. Setting up the audio so that the audience could hear the tracks as well as me was tricky -another musician who was live streaming twice a week helped with this. I also wanted photos of the rest of the band on the screen at the same time so that everyone could see them. I managed all this eventually.

Come the time to start I was nervous but I was also excited which was a relief. The audience ‘commented’ as they watched so I knew that other people were there. As there is so much multi tasking (playing, talking, pressing the correct button at the correct time, drinking prosecco) I had quite a plan of what to do and stuck to it.

Little did I know the band were all watching too, and an after show band Zoom was promptly set up by the pianist to celebrate after the ‘gig’. So, I even got a bit of socialising in. It left me with a feeling of contentment and a reminder of how much I missed everyone.

I’m excited to try live streaming again, this time to a wider audience. I feel I’ve done the necessary ground work. This time I’m getting big and brave adding a ‘requests’ section plus I’ll be featuring some other band members who are recording tracks for me as we speak. Tickets for ‘A Swingin’ Songbook’ on June 6th are available HERE now.

It takes a lot of work, a lot of organisation and a lot of time, but in this new world we seem to be living in if it gives an ounce of joy to us and our audience it’s got to be worthwhile.

Order our debut album 'The Place For Me' Now!

'Every Time' The Fliss Gorst Quartet 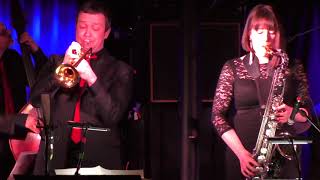 'Can't See You There' 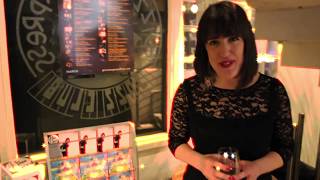 THANK YOU! 'The Place For Me' reaches Number 6.

Order our debut album 'The Place For Me' Now! 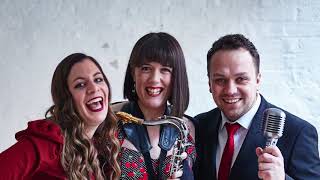